To share your memory on the wall of Leo Bohlmann, sign in using one of the following options:

We encourage you to share your most beloved memories of Leo here, so that the family and other loved ones can always see it. You can upload cherished photographs, or share your favorite stories, and can even comment on those shared by others.

3 trees were planted in the memory of Leo Bohlmann

Thank you for your service to this nation. U.S. Army, Korea.

Posted Mar 12, 2021 at 02:10pm
My sincere sympathy to the family on the passing of Leo. I am privileged to have met Leo many years ago when I started dating Mary Ellen Glidden. He would drop in to the Glidden home frequently and always brought a friendly disposition and word with him. Leo and Pat hosted my “bachelor party” in the upstairs room of their home. In the morning, I learned that we made quite a lot of noise late into the night and that Leo told Pat to leave us alone, that we were just having fun. You can imagine how surprised I was to learn that one of my co-workers many years ago in Beaverton, Oregon, Clarence Schanke, had grown up across the road from the Bohlman’s in Lesterville. What a small world that is a better place for having had Leo for 89 years.
Comment Share
Share via:
BA

Posted Mar 11, 2021 at 11:05pm
Mike and Di-my thoughts and prayers are with you both.
Leo was one of a kind, I’ll never forget the time he spent with me and my family after Dad died. I remember spending one morning with him checking traps.
One of a kind,
Rest In Peace Leo....
Comment Share
Share via: 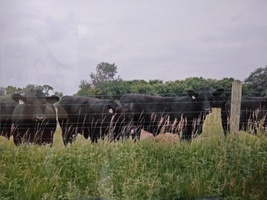 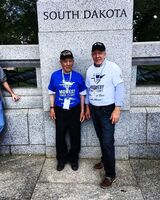 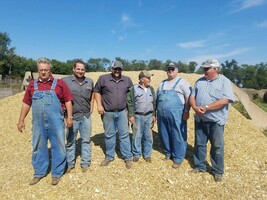