To share your memory on the wall of Patricia Abild, sign in using one of the following options:

Print
Patricia “Pat” Abild passed away following an extended illness on April 5, 2021 eight days before her 89th birthday in Mt. Vernon, Washington where she and her husband, Vernon, have resided since 1999. Viewing will be held Wednesday, April 14, 2... Read More
Patricia “Pat” Abild passed away following an extended illness on April 5, 2021 eight days before her 89th birthday in Mt. Vernon, Washington where she and her husband, Vernon, have resided since 1999. Viewing will be held Wednesday, April 14, 2021, 11:00am -1:30 pm at Hansen Funeral Home followed by a graveside service, 2:00 pm at the Bluff View Cemetery, Vermillion, South Dakota.
Pat Abild was born on April 13, 1932 in Goshen, Indiana, the daughter of Erle and Catharine (Martin) Hutchison. Her sister, Marilyn, was born on April 8, 1937. Pat’s father was a plant biologist and flower grower for Vaughan Seed Company and the family lived in Ovid, Michigan during her preschool years, moving to Portland, Oregon; Sumner and then Grandview, Washington where Pat graduated from high school.
During her school years, Pat excelled in music and academics. She played bass violin and piano, competed in music festivals, sang in the choir, was editor of school papers, was a class officer and graduated as valedictorian of the Grandview High School senior class. Pat’s college years were spent at Central Washington University (CWU) in Ellensburg, where she and her lifelong best friend, Ruth Carrell earned their Bachelor of Education degrees. Pat was a member of the Kappa Delta Phi, an academic society and graduated from CWU with a degree in education in 1954. For her teaching credentials, she completed a fifth year of college at the University of Washington in 1958.
Pat’s career in education spanned 31 years, teaching elementary grades K-3 for about 15 years and then transferred to the Handicapped Children Center in Edmonds until retirement. Her attentive, quiet, supportive personality endeared her to her young students and parents as well as her colleagues in education. Pat’s career in education started in Richland and later Everett, Edmonds, and Puyallup area schools. The last several years of her career were in the classrooms and homes of children who had physical and learning disabilities. Her calm, kind, patient nature responded to the needs of those children as they struggled with daily activities and studies.
Pat met her future husband, Vernon Abild (Abe), at the Scandia Dance Hall where they were participating in folkdance classes. Abe, a native of South Dakota, was an electrical systems engineer for Boeing Airplane Company in Seattle, Washington. They were married August 20, 1966 at Emmanuel Lutheran Church, Seattle and lived 5 years in Vernon’s Queen Hill apartment then moved to King’s Gate in the Kirkland area until 1999 when they moved to Mt. Vernon for their retirement years. Their son, Rocky, joined their family in 1976 and they have three grandchildren, Gavin, Gabrielle, and Anabella, all of whom, growing up, spent many happy hours with their attentive and loving grandparents in Mt. Vernon.
Together, Pat and Vernon shared many outdoor experiences, owned horses and rode on mountain trails, fished, hunted and camped in their camper and traveled and vacationed in Washington, South Dakota, Canada and Montana. They have been active members of the First Evangelical Lutheran Church in Mt. Vernon where Pat was a coordinator of the women’s social group for a number of years.
Pat Abild will be remembered by her family and friends for her beautiful smile and gentle and thoughtful nature; she has been a treasure in the lives of all who knew her. She was preceded in death by her parents, Catharine Hutchison in 1999 and Erle Hutchison in 1996. Her sister, Marilyn, and husband Bill Thordarson reside in Spokane, Washington and her niece, Cindi Thordarson, in Denver, Colorado, nephew Brent Thordarson, in San Jose, California. Memorial gifts may be sent to First Evangelical Lutheran Church, 2015 E. Blackburn Rd., Mount Vernon, WA 98274 or flowers to Hansen Funeral Home, Vermillion, South Dakota or charitable organization of your choice
Please share your thoughts of Pat and sign the online guest register at www.hawthornefh.com.
“Pat was an awesome friend, wife, mother and partner”
Read Less

To plant a memorial tree in honor of Patricia Abild, please visit our Heartfelt Sympathies Store.

We encourage you to share your most beloved memories of Patricia here, so that the family and other loved ones can always see it. You can upload cherished photographs, or share your favorite stories, and can even comment on those shared by others.

Plant a Tree in Memory of Patricia
Plant a tree 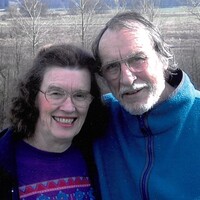