To share your memory on the wall of Ruth Engman, sign in using one of the following options:

Ruth Engman Wakonda resident of more than 70 years passed away Monday, June 21, 2021, at the Wakonda Heritage Manor at the age of 102.

Ruth Engman Wakonda resident of more than 70 years passed away Monday, June 21, 2021, at the Wakonda Heritage Manor at the age of 102.

Ruth was born March 19, 1919 in Freeman SD to Elisabeth Hofer Pollman and Jacob J. Pollman. Her father was a businessman in Freeman and her mother was a housewife raising Ruth and her two older brothers. She lived her entire life in South Dakota.

Ruth married Burdette Engman on October 14, 1948 and moved to Wakonda at that time to begin his career as manager of the Riley Company.

She was a graduate of Freeman High School in 1937, the University of South Dakota with a Bachelors in 1941 and a Masters in 1971. Following her graduation, Ruth taught Business and German in Hoven, Lennox, Wakonda and Centerville for a total of over 30 years. Following her retirement she enjoyed volunteering at Wakonda Elementary to have the first graders read to her. She continued this phase of her teaching well into her 90’s.

Ruth was an avid gardener and loved getting dirt under her fingernails. She always had a beautiful flower garden and loved giving produce to her friends and neighbors. Ruth was also a dedicated card player and enjoyed weekly card games with her friends as well as playing regularly at the Senior Citizens Center.

Ruth loved preparing the traditional German dishes that she’d learned from her mother and was an accomplished cook and baker.

Ruth was a longtime member of the Wakonda United Church of Christ and was active in the UCC Women’s Fellowship for many years. Ruth was a staple in many Wakonda clubs including the Garden Club, the Cu-He-Lo Club and the Wakonda Senior Citizens.

Contributions in Ruth’s memory can be made to the charity of your choice.
Read Less

We encourage you to share your most beloved memories of Ruth here, so that the family and other loved ones can always see it. You can upload cherished photographs, or share your favorite stories, and can even comment on those shared by others.

Marj and Cindy Bohlmann and families.

Posted Jun 23, 2021 at 08:11pm
Ruth was an inspiration throughout her wonderful long life. She taught us typing, bookkeeping and German and was a dear friend. What a blessing to us

3 trees were planted in the memory of Ruth Engman

Posted Jun 22, 2021 at 05:46pm
Ruth was such a joy to have known. I admired for all had accomplished. She participated in many activities and outings. She loved crafts and visiting. She had a wonderful 100th birthday celebration at the Wakonda Manor. She loved her family and friends and could give a history lesson on Wakonda anytime you asked. She leaves a great legacy for all of us. What a beautiful life. God Bless her memory.
Comment Share
Share via: 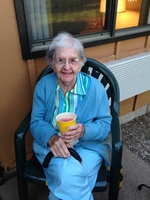 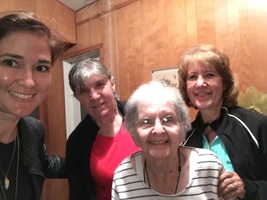