To share your memory on the wall of Joseph Hoffman, sign in using one of the following options:

We encourage you to share your most beloved memories of Joseph here, so that the family and other loved ones can always see it. You can upload cherished photographs, or share your favorite stories, and can even comment on those shared by others.

Posted Jun 26, 2021 at 08:33pm
Scott Latendresse: Los Angeles, CA.
Where to start? Joe D (as I knew him in our early years in Beresford, SD) was truly one of a kind. God broke the mold when Joe was born; never to be duplicated. A kind and passionate man that considered all a friend; that was our Joe. I cherish these past few years as we reconnected and shared both happy, sad and painful life events together. Joe impacted in such positive ways the people that were so fortunate to have crossed his path. My sympathies and sincere condolences to Joe's family and friends that are dealing with this sudden great loss in their lives. Joe-isms that I shall fondly remember are; cosmos, limoncello, silver patterns, lefse, gardening, cooking ,baking, his passion for antiques and of course his love for Pickle Casters. "Pickle Casters for EVERYONE" I say! RIP my friend knowing your time and journey on earth was (although cut short) an extremely fruitful one.

Posted Jun 25, 2021 at 09:24pm
There are so many things that Joe taught me…here are just a few…1) Give people a chance and then give them another. 2) Use the real silverware and good dishes - celebrate even the most ordinary of days. 3) Lemoncello is an acceptable chaser for Akvavit. 4) Hold onto traditions and pass them on to others - if you don’t have any, it is never too late to start some. 5) Find your passion. Commit to it. Share your knowledge. 6) Never turn down the opportunity to have lunch with friends. 7) Only we can prevent forest fires. 8) Plant tulips! Joe gave me some last fall and said they were orange as he knew I started an orange flower bed - he also didn’t like using orange in landscapes so I was surprised he even gave me some. He had the last laugh as the orange tulips came up pink ;) well played, Joe! 9) The only exception to not using rea butter is when you make Rice Krispie bars. 10) Be the friend who tells people that their zipper is down or they have something ju I got on their face or that there is chalk dust someplace it should not be! 11) Prioritize! 12) Never let yourself experience two bad days in a row - you can have one and then it is up to you to make the next day better! Rest my friend! Take care of all from up above!
Comment Share
Share via:
DM

Posted Jun 25, 2021 at 08:26pm
With deepest sympathy. Will miss a great friend and Antique dealer. Keeping you in our thoughts and prayers . Duane and Darcy

Posted Jun 25, 2021 at 05:36pm
Shawn and family,
I was sad to hear of Joe's passing. I have been teaching Business classes for Mount Marty at FPC since 2008. Joe was about three months older than me so we had much in common. I will miss his sense of humor and his sense of hospitality. I'm sorry I am unable to attend as we have family in town from multiple states. You will be in my thoughts and prayers. Terry Stull
Comment Share
Share via:

Posted Jun 25, 2021 at 05:02pm
Shawn and family, our deepest sympathy to you all. He was a great man and will be missed. Larry and Trudy Anthofer
Comment Share
Share via: 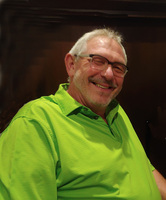 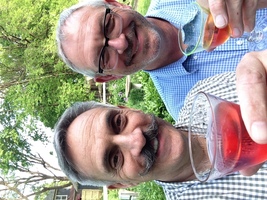