To share your memory on the wall of Jean Watts, sign in using one of the following options:

She is preceded in death by her parent’s, husband Clyde, son Tony, and brother Ronald.

Clyde and Jean were married in April 16, 1950 in Vermillion, South Dakota. They had 70 years of marital bliss.
Jean was raised on a farm east of Carroll, Nebraska. After graduating high school, she attended Wayne State college where she received her teachers’ certificate. She taught for a year but realized her artistic talents pulled her in another direction. She was employed by a photo studio in Wayne Nebraska as a portrait enhancer, adding color with hand painting. After moving to Vermillion in 1959 she continued this effort for several years while raising her children. In the early 70’s she worked at the treasurer’s office at the Clay county courthouse in Vermillion for several years. Later she was the accountant for South Dakota Public Television. After several years with SDPT she decided it was time to retire. Well kind of… a few years later she worked and enjoyed very much her part time employment at the Ardmore clothing store.

Over the years she very much enjoyed painting, ceramics, arts and crafts. She was an expert seamstress and enjoyed all aspects of creating quilts, clothes, pillows, and anything that you could attach with thread.

Painting always came first in her creativity rather it be on canvas, paper, wood, pop bottles, rocks, bricks, saw blades, Christmas ornaments, and even the house if need be.

Gardening and raising\maintaining beautiful flowers never escaped a year regardless how busy her schedule was.

She was a member of the Ladies Auxiliary and was active with supplying food etc. to the Eagles and VFW for veteran assemblies. At home she cooked wonderful meals of all kinds and always paid special attention to the presentation as well even if only for family.

Her loving special touch could be found at any time throughout her home.

Jean was so delighted to spend time with Grandchildren at her house in Vermillion or the family’s lake retreat of which the Grandchildren hold very fond memories.

For many years she was part of an 8-person bridge club that met every week.

She was a wonderful loving wife, Mother, Mother in law, grandmother, and great grandmother. She will be greatly missed.
Read Less

To plant a memorial tree in honor of Jean Watts, please visit our Heartfelt Sympathies Store.

We encourage you to share your most beloved memories of Jean here, so that the family and other loved ones can always see it. You can upload cherished photographs, or share your favorite stories, and can even comment on those shared by others. 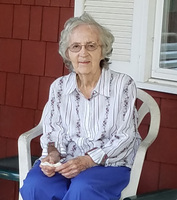 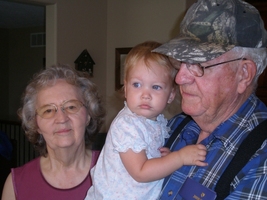